The BI V1.0 Delta 3D Printer is assembled with a Cable Drive System that can be tricky to install without some pointers. This article will explain how to properly string each tower and will give information on what to look for when completing this task.

1) We start the stringing process with the 3D printed drive pulley installed to the shaft of the stepper motor.

2) While facing the drive pulley as depicted in the picture below, introduce the no stretch cable trough the guide tunnel from left to right.

3) With the free end coming out on the right make an overhand loop knot.

4) Slip the M4 tensioning screw and the M4 washer trough the loop and screw it in the carriage about 3 threads deep. 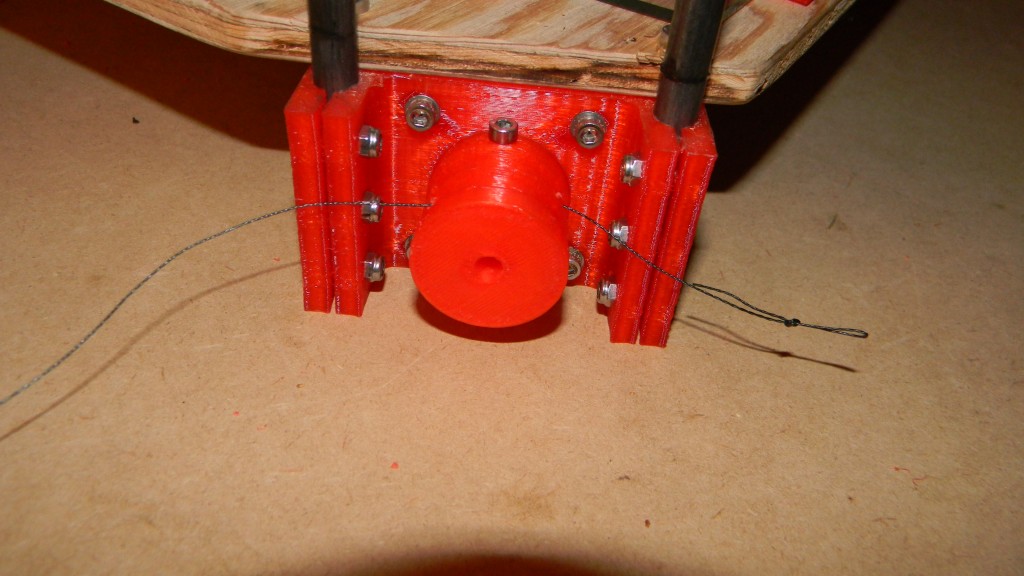 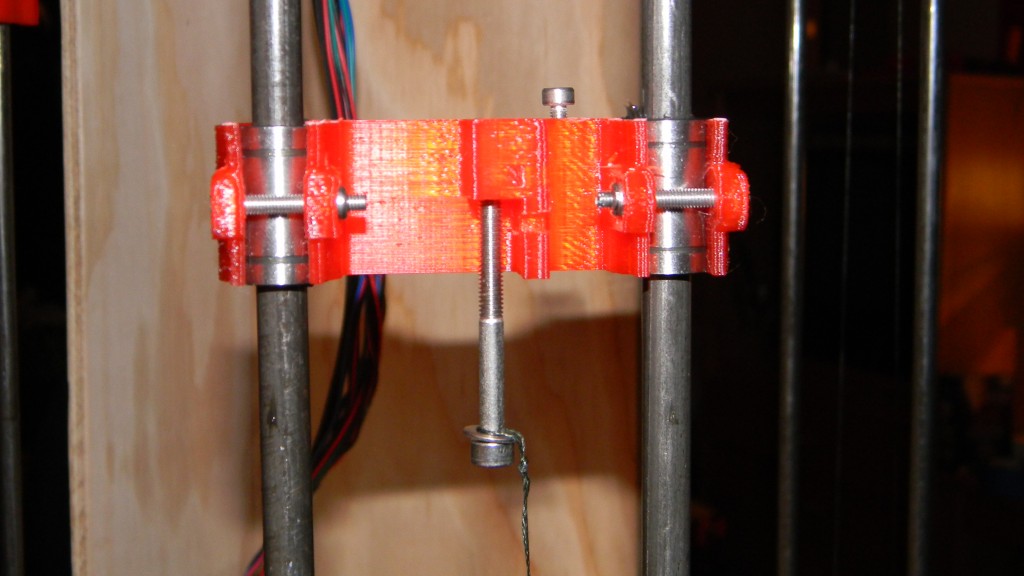 5) Next, move the carriage to the top of the tower against the endstop switch.

6) Maintain some tension on the wire by holding the carriage with one hand and spin the pulley with the other hand to make it come down. 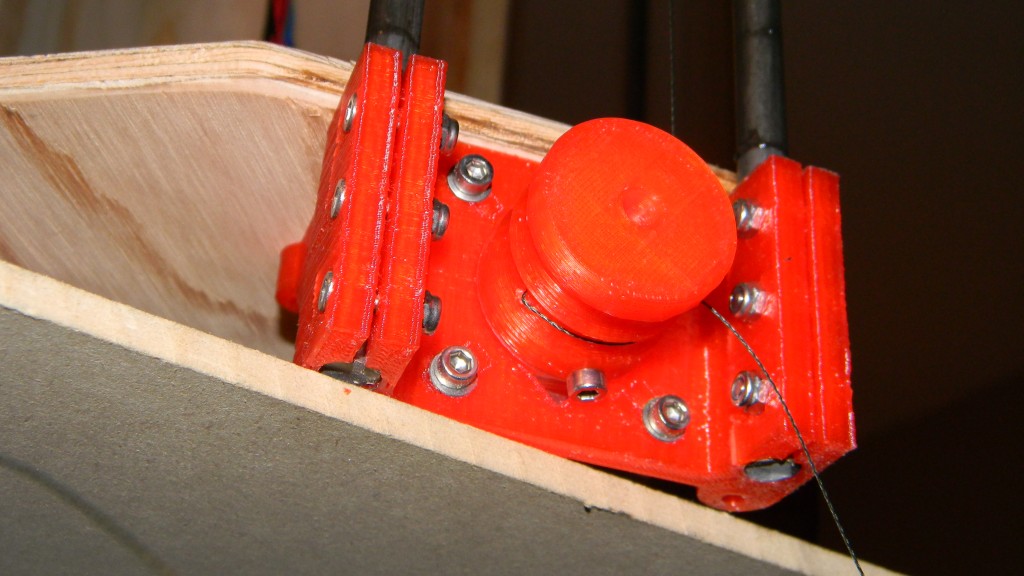 The best technique to turn the drive pulley is by spooling the other side of the cable onto the drive pulley to ensure that the cable doesn’t slip on the pulley. Make sure to maintain tension with the carriage or else you’ll end up running out of tensioning room on the screw later on (it won’t screw up enough to tension the assembly).

7) Keep bringing the carriage down until it is at the very bottom.

8) Once that’s done measure the length of cable necessary to start from the pulley with at least half a turn clockwise then go around the idler pulley then back down to the carriage.

9) Once you’ve determined the length of the cable make an overhand loop knot and cut the free end. Now slip the newly made knot over the cable attachment prong. 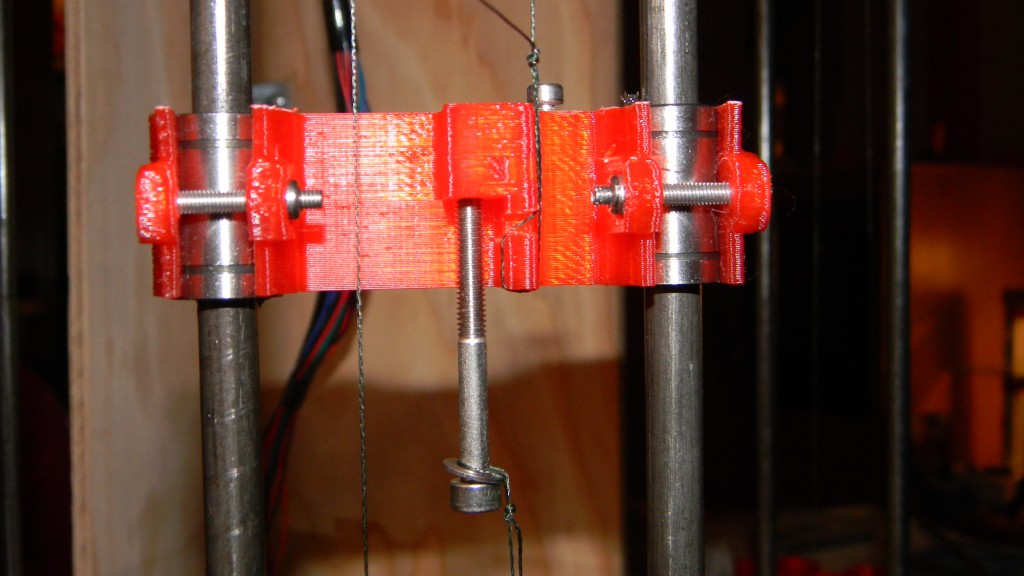 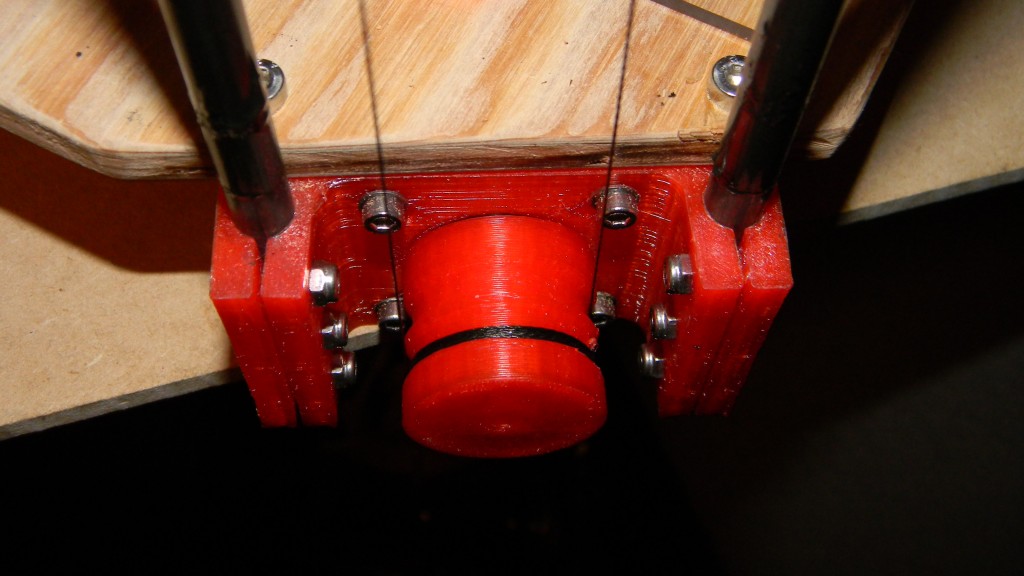 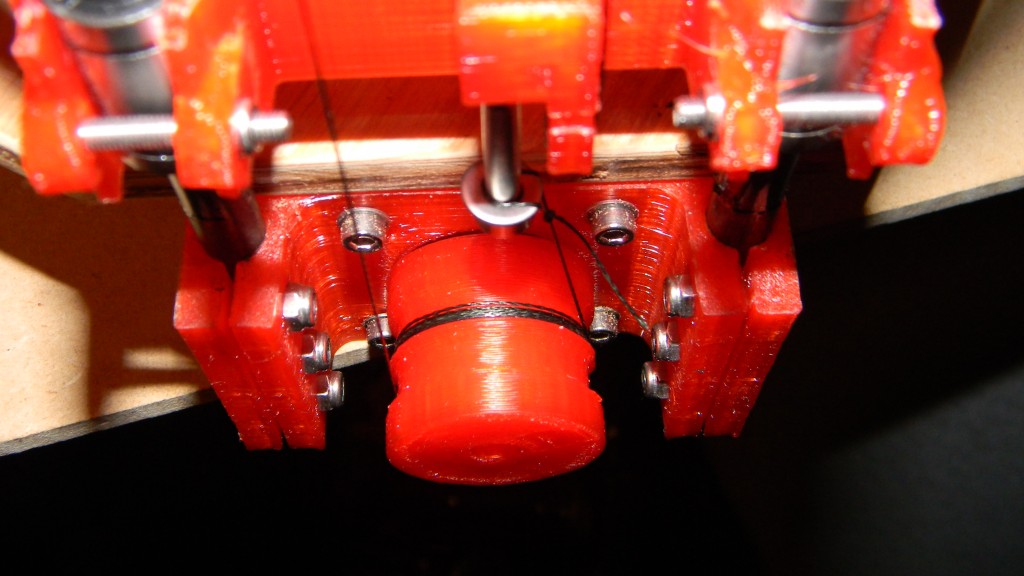 Test the motion of the carriage and make sure it doesn’t bind at any point along the tower by moving it by hand up and down a few times. You should also make sure during the test that the cable spools itself properly every time.

You have now stringed one tower. Do the same for the others if required. With experience, you should be able to string one tower under 5 minutes.